How To Maximize Salon Retail Markup To Drive Profits 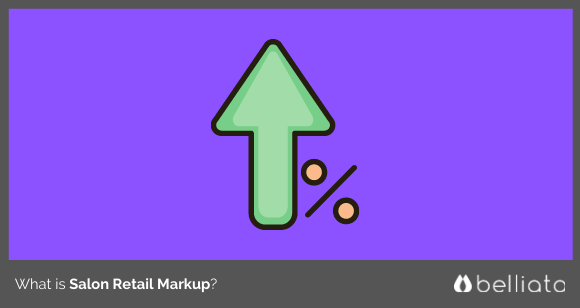 Ever noticed how setting a salon retail markup can seem tricky?

It clearly is one of those nightmares you'd wished you didn't have to deal with. Sadly, we all must do some math eventually.

The simple truth is this.

Knowing how to put down your cost price, including the cost of handling and shipping, together with an expected retail markup, will aid you in choosing an acceptable retail price for your products.

And if you are looking for more ideas, so not miss our post on how to make your salon successful this will also help you maximize your potential for retail sales.

What You Will Learn In This Article?

Just to give you some insight, I will give you a quick definition of what retail is markup is.

Retail markup is the the difference between the price of a product you might sell in your salon and the product's cost.

What Is The Difference Between Markup & Margin?

Many people often ask if the difference between markup and profit margin is like six and half a dozen.

It's just a matter of perspective since both are used to calculate profit. However, a mix-up of the two terms can be disastrous when determining a suitable retail price for a product.

Markup is the amount you need to add to your cost price to arrive at your product's selling price.

Gross margin is the selling price at which you sell your product, minus the amount you bought the product.

For instance, if you bought a conditioner for $40 and want to sell at $50

You can see that even though margin and markup have the same value, their percentage values are not the same.

So, if they are mixed up, the result will be a misrepresentation of the actual value and will lead to errors when used for deriving the selling price for a product.

What Is The Salon Retail Markup?

You are free to set your retail margin for retail products, especially if you produced them.

However, the manufacturer usually suggests a retail price for other professional products, usually known as Manufacturer Suggested Retail Price (MSRP).

This is usually set by manufacturers to ensure uniformity in price in certain areas. This does not mean that you must follow it strictly. You can decide to sell at a bit lower price for areas where competition is stiff.

You can also decide to maintain the MSRP or even increase your price above the manufacturer's stipulated price for locations where the competition is less.

However, there seems to be an unspoken consensus by many professional salons to put the margin between 50% and 100% depending on many factors.

These factors can include location, turn-over, product scarcity, etc.

Nonetheless, a product margin should be enough to cover its own bills like over-head, rent, salaries, and other salon expenses incurred before, during, and after its retail sales.

How To Calculate Retail Markup?

The arithmetic involved in calculating a product’s retail markup is straightforward. What is more interesting is usually the application of this markup to real-life retail transactions.

As earlier discussed, markup calculates profit to the cost price, and it is usually calculated using this formula:

However, the markup percentage is often used to determine the retail price of a product, and it is calculated using the formula below:

This markup percentage tends to change if the cost of the product changes in the future. For instance, if a shampoo brand costs you $20 and you intend to sell it for $35.

Therefore, using the percentage markup to determine the selling price for a product will result in a change in price if the cost price of the product changes.

Why Is Margin Better Than Markup?

Your ability to predict a product's profitability is easier with margin, and therefore, setting your price too becomes easier. Markup does not include all costs relevant to the product's production, making it a little bit harder to determine expected profitability accurately.

Markup and profit margin are two sides of the same coin but should be treated differently when analyzing profit and product pricing.

In all, salon retail markup will depend on many factors, but it should not be unreasonably high to discourage customers from buying.

Salon retail markup should not be too low either so that it can cater for incurred expenses.

We would love to know your thoughts on what you think is the best salon retail markup. You can leave any recommendations, tips, and ideas in the comment section below.

Want FREE salon software for your salon or spa? 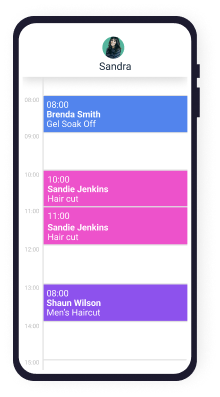